I opened an Instagram account a while back but never used it. Now, I am. Click here to see pictures of bricks and things.
Posted by Eve Proper at 10:11 PM No comments: Links to this post 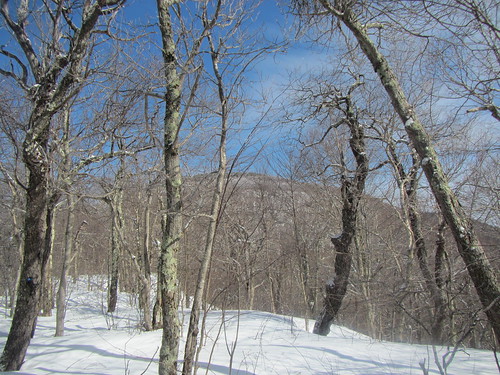 I did my third of the four required winter peaks on the last possible day, joining the Catskills 3500 Club on a hike up to Panther Mountain. My final winter peak will now have to wait until next winter.

We lucked out on weather, though. While the day was overcast, the air was clear enough that we had good views. In fact, the sun even came out as we traversed the Giant Ledge with its several viewpoints. It reminded me of my visit to CWRU in my senior year of high school - yes, really - on a similar day at the end of winter. Cleveland was rather dreary that time of year, but when we went on a campus tour, the sun came bursting out from behind the clouds as if to show the campus at its best. Similarly, it was fantastic weather for the prettiest part of the yesterday's hike.

It's about 3.3 miles from the parking lot up to Panther. Many casual hikers only go as far as Giant Ledge; from there, the trail descends briefly before heading uphill to the top of Panther. (The photo is taken from the slopes of Panther, looking back at the Ledge.) There are a couple of viewpoints near the top, but they aren't quite as spectacular as the views from the Ledge. As per usual, there is no sign at the top, but an old screw in one tree was a suggestion that at one point a sign had been placed there.
Posted by Eve Proper at 9:02 AM No comments: Links to this post 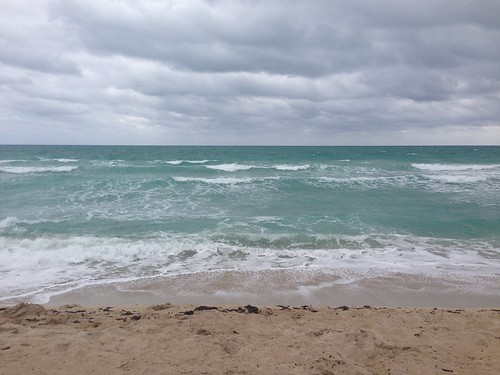 I spent the weekend in Miami at the Joga Dela women's capoeira event. I have no capoeira photos, but here is a soothing beach scene.

Posted by Eve Proper at 11:09 PM No comments: Links to this post 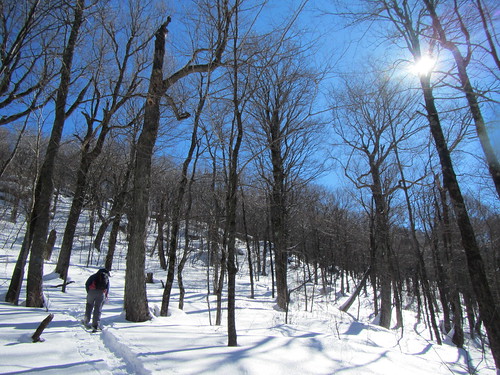 Balsam is one of the four peaks that the Catskills 3500 club requires members to hike twice, at least once in the winter. I had not yet hiked it in any weather, so I took an opportunity to get another winter peak out of the way before March 21, when the club declares winter to be over.

Mileage-wise, it is fairly short - 2.55 miles by the shortest route. Like all the Catskills peaks, it's steep, and we went at a fairly brisk pace in our snowshoes. (Part of the climb up we opted for microspikes; the trail was mostly compacted in places.)

The weather was gorgeous - in the 20s, but brilliantly sunny. From the viewpoint near the summit we had a great view, and all the way up the sky was intensely blue.

We came back down a different trail than we went up. After coming down the hill, there are several stream crossings that proved to be much easier than foretold, although in spring snowmelt they would be tougher. The steepness was the biggest challenge on this hike, as it was much less rocky than some of the other peaks. Even considering that snow may have covered some smaller rocks, there was no scrambling required.

Posted by Eve Proper at 12:47 PM No comments: Links to this post