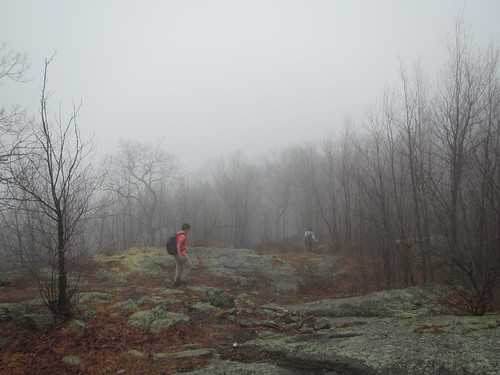 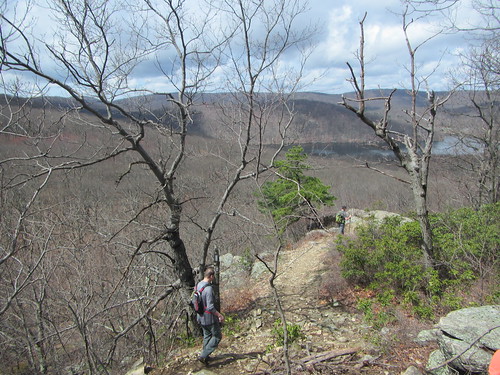 I'm not sure why some people regard the RD as an easier version of the SBM. The SBM is 24 miles and 5,000 feet of elevation, while the RD is 23 miles and 6,000 feet of elevation. I'd say the 1,000 extra feet more than make up for that mile. Either way, I have few memories of the SBM - no doubt my brain is deliberately protecting me from them - so it's hard for me to compare. 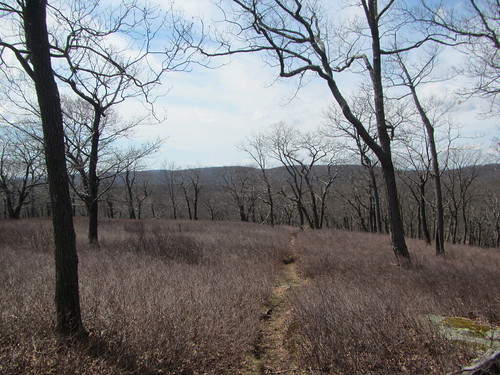 The beginning of the hike was rough; the humidity meant sweat went nowhere, and I was overheating despite temps in the 60s. Plus, much like on the SBM, I was trying to keep up with people setting a faster pace than I could sustain. Once the sun burned off the fog and I slowed down, I fared much better. 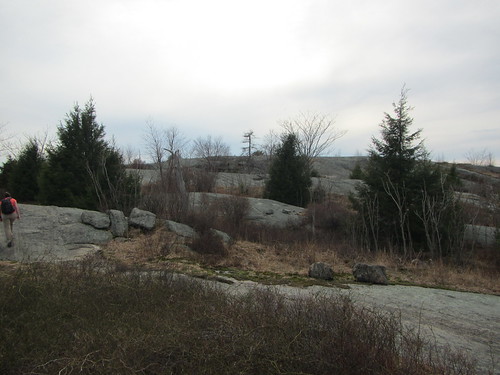 Still, I wouldn't have bothered to finish if K hadn't been pushing with me at the end. (It doesn't help that there are no bail-out points in the middle. You can quit early or so late it's too late.) But I made it! 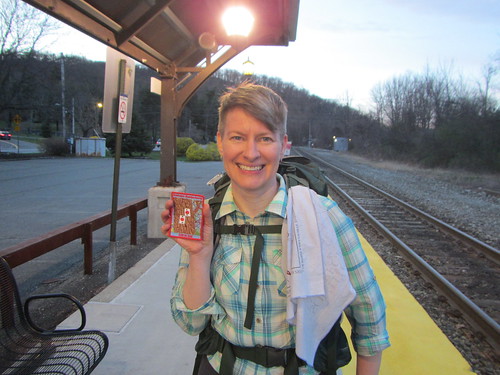 Posted by Eve Proper at 10:26 PM No comments: Links to this post

I forgot to write about the Ramblers superhike, so here are a few pictures: 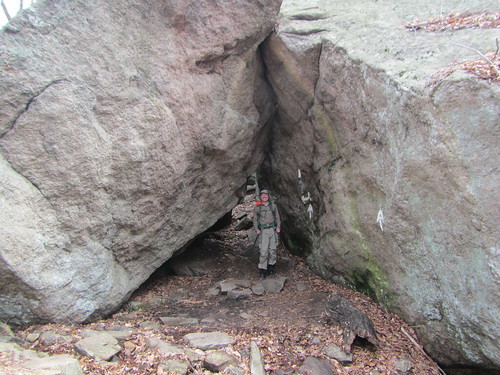 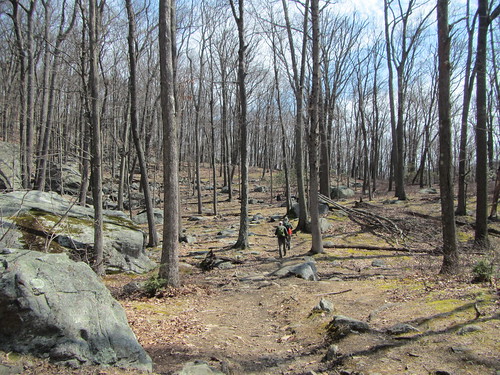 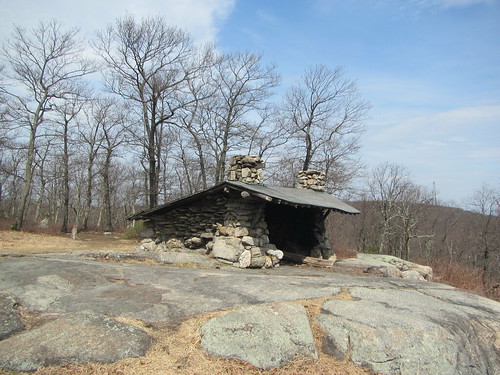 Posted by Eve Proper at 9:47 PM No comments: Links to this post

A hike along the Palisades 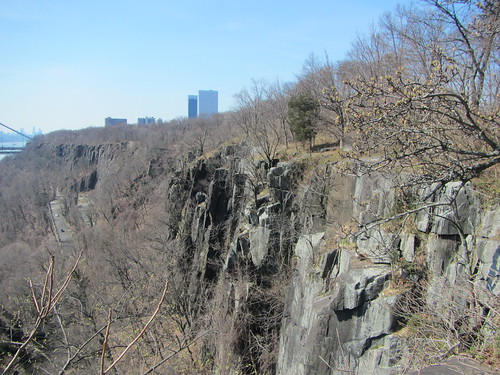 In preparation for next weekend's grueling epic hike, I wanted to do about 20 (mostly flat) miles on Sunday as my last shot at training. Then I spent Saturday doing trails crew before going to a party, and with sore quads + staying up late + maayyyyybe a few old-fashioneds, I didn't feel quite so ambitious in the morning.

I start off in Fort Lee, heading north on the Long Path, but not pushing myself. There are flowers! Deer! A waterfall! A very surprised snek! Also, my body is doing its annual spring freakout where it's like, "IT IS SO HOT, ARE YOU TRYING TO KILL ME," even though it is only 68 degrees.

Hiking to the women's federation monument is enough, I decide - just over ten miles. It's very close to the bus stop, and I once I get there I check my wallet, where I think I have $11 even though I forgot to stop at the ATM.

But no. I have $6. The fare is $7-something. This is why you shouldn't hike alone, kids: Always bring a friend you can mooch off of. I pull out the maps. To get the fare back down below $6, I would need to walk ... uh, eight miles.

So I get going. No stopping to smell the sneks this time. But I do plan to stop at the Palisades Park HQ, two miles down the road. At least I can use a real toilet before being forced to fulfill Past Eve's hiking ambitions.
But what do I see inside HQ, but the MOST BEAUTIFUL SIGHT of the entire day, an ATM.

Now, blessed with sweet, sweet cash, I only had to walk maybe a quarter mile to the next bus stop. I didn't even care that there was a long wait for the bus. Because I was sitting down, in a bus shelter, on my butt.

We will see how I fare Saturday when we hike the 24 miles of the Ramapo-Dunderberg trail. 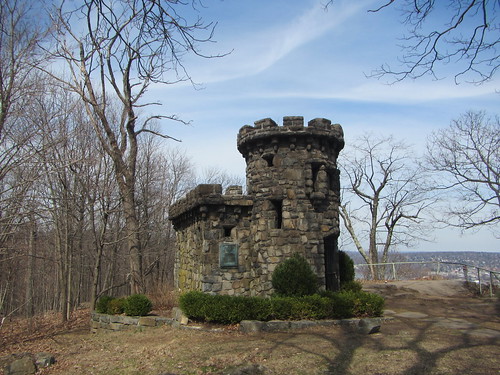 Posted by Eve Proper at 9:43 PM No comments: Links to this post