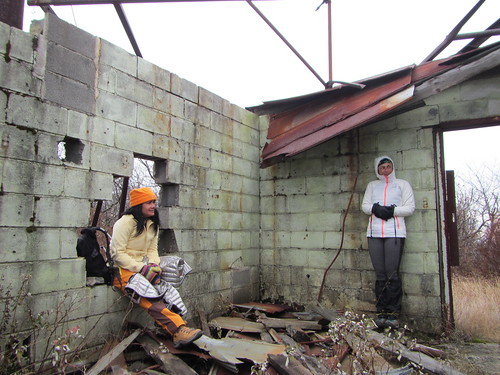 Most of the 3500 peaks are either fully marked trails or true bushwhacks, but there are a couple of exceptions - hikes with unmarked trails. One of those exceptions is Graham. The trail to Graham branches off from one of the official trails to Balsam Lake, following an old road on private property. On my last trip, I had hike Balsam Lake but not Graham because I hadn't called ahead for landowner permission.

This time, I hike it with the 3500 Club. The route-finding was very easy, and the hike wasn't too hard either. It's nearly all old road, mostly steep but with a flattish area in the middle, and no more serious "bushwhacking" than one downed tree.

There is a modest view at the top, as well as on the way up if the leaves are off the trees. The top itself less than attractive, thanks to the remains of a microwave tower.

I'd had a wild idea that I wouldn't repeat any of the peaks, except the winter ones, but the group decided to go on to Balsam Lake. I certainly didn't want to be the one to deny a fellow aspirant the chance to get another peak in, so off we went.

It was interesting to see that nearly all the leaves were off the trees, unlike my previous two hikes. It wasn't the difference of a day but micro-climate differences. 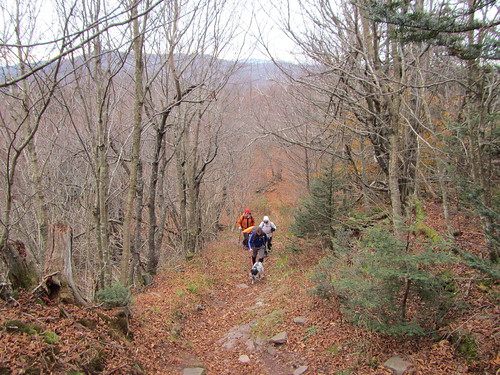 Posted by Eve Proper at 7:55 PM No comments: Links to this post 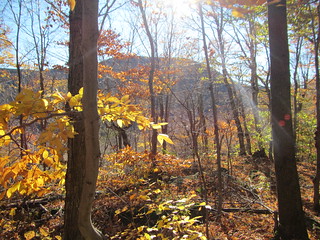 Sugarloaf and Plateau are two Catskills 3500 peaks that are near each other on the Devil's Path. Several approaches are possible, but the easiest one if you want to do both is the one I chose, starting from Mink Hollow Road and heading south to the Path.
Technically, the first bit is trail-less, which is bizarre. It's an old road (the continuation of Mink Hollow Road) that in about .3 miles becomes an official trail. So why not that first bit? In any case, it's easy enough to follow, even without blazes. (I actually missed the start of the blazes on my way up, maybe because they were yellow and didn't really stand out in the changing leaves?)

Less than a mile in, after only moderate climbing, the road hits the Devil's Path. I opted to head west to Plateau first, which proved to be a good choice for a couple of reasons - for one, heading east on Sugarloaf would have had me staring into the sun.

The hike up to Plateau is very rocky, and it was complicated by the inches of leaves that covered the ground. That made going slow even on the relatively few flat bits. The hike gradually got steeper, but I wasn't in any real hurry. Besides, I kept stopping to turn around and admire Sugarloaf behind me (above photo). Finally I reached a nice viewpoint quite near the top, looking roughly northeast. From there it wasn't far to the top, which - go figure - was a long, flat ridge.

The way back down was slow because of the leaf-covered rocks, which, spoiler alert, I wasn't going to encounter on Sugarloaf, making it another good reason to do it first, before I was completely wiped out. 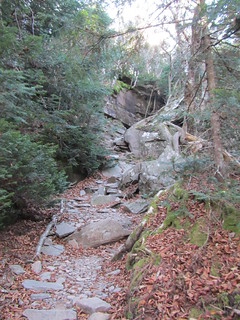 Sugarloaf is roughly the same distance and steepness, and as they're neighbors, you might think it was much like Plateau. But it is mostly covered in spruce rather than deciduous trees, and it has just the right amount of rock scrambling (that is: a lot). It was a fun hike up, even though there are no spectacular views at the top - although you can turn around and see Plateau most of the way up.

I only encountered one other hiker, a gent hiking alone on Sugarloaf. Apparently the previous day's fair-weather hikers had all been scared away, although it was really a great day to be out. The sky was cloudless and the visibility was excellent. The leaves were actually past their peak, unlike at Overlook.
Posted by Eve Proper at 8:25 PM No comments: Links to this post 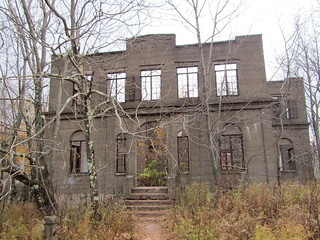 Overlook Mountain was the final of the five Catskills fire tower hikes, one of two that isn't also a Catskills 3500 peak. Because there is also an active tower of some kind on top (radio?), the path up to it is a maintained road, so the trail is wide and smooth - albeit steep.

I was surprised to find the parking lot nearly full on a Thursday afternoon, but the unseasonably warm weather likely had something to do with that. The forecast said there was a small chance of rain later in the evening, and during my hike the sky went from sunny to overcast. Luckily, the clouds were high, so they didn't obscure the views.

The hike itself is pleasant, but the real rewards come at the end. First, there are the remains of an old hotel that burnt down. Then, there is the peak itself with the tower. While the tower was closed, the stairs remain open year-round. From the top landing, I could see 360-degree views of fall colors. There is also a short walk to a viewpoint looking out over the valley.

(There is also an outhouse, so that's a bonus.) 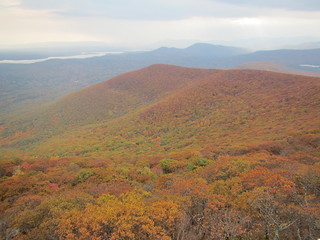 Obviously, this is a hike best done on a clear day; the road hike wouldn't be great for much more than exercise if, say, it was socked in with fog. While by no means easy, it's also a good hike for people who have trouble with uneven footing or depth perception, unlike your typical rocky Catskills hike.

By the way, I read a great deal about the rattlesnakes on Overlook. Well, just like most hikes, it was way overblown. (I always seem to hear alarming things about rattlesnakes on hikes that attract a lot of non-hikers. What are you guys doing out there, practicing your Parseltongue?) These are the rocky ledges all the write-ups describe as snake-infested, but the trail doesn't actually take you up them; this is as close as you get.
Posted by Eve Proper at 8:23 PM No comments: Links to this post

So I was chatting with a friend the other day about Ancillary Mercy, which I enjoyed, although not as much as the first two, while my friend … didn’t. At all. (Edited to add: Apparently I have totally mischaracterized her views. She said at the time it was a bad idea to have the conversation within Twitter's 140-character limit, and she was right. Sorry about that.) Which started me thinking about several books I’ve read, or tried to, recently that I strongly disliked. It’s one thing to dislike a book because it is poorly written, but it’s another to dislike a book that you believe is well-written. Or one that everyone else seems to agree is well-written.

I tried reading Patrick Rothfuss’ The Name of the Wind as part of a quest to be more conversant with the swords and sorcery subgenre, but I gave up nearly halfway through. Unlike the first Shannara book, which I thought had bad plot, bad characterization, mediocre world building, and clunky sentences, I have no real criticisms of The Name of the Wind. The opening plot - evil spider things have come to a remote valley! - interested me. But then the next several hundred pages were backstory. I was like, “All I needed to know was that this dude was a wizard retiring as an innkeeper. Get back to the story.” Even when we got to the part where he goes off to magical college, which I am typically a sucker for, I didn’t care. He’s already established as hyper-talented; I wasn’t interested in more peacocking. But The Name of the Wind is a well-loved book; obviously many other people found the story compelling.

Then I read Andy Weir's The Martian, which I have not heard a single negative word about. Again, I felt it was well-written, but I didn’t like it. And the more I’ve thought about it, the less I like it. At times it felt like an engineering story problem (“Matt Damon has 500 potatoes, each capable of producing x kilojoules of energy… how does he get the three foxes across the lake?”). That wasn’t a significant problem for me as much as the utter lack of self-examination the book displayed. I would liked to have read a serious discussion about whether it was actually worth rescuing the protagonist. I would have liked to see his character grow, instead of merely displaying the Good Old-Fashioned American Resilience he already had. The entire book felt like an uncritical celebration of white male American can-do spirit, down to the “aw gee I’m just a nerd” self-pity too many geeks still hold onto. Look, dude, you’re an astronaut. I can’t believe you couldn’t pick up chicks in bars with that.


The third book I’m not going to name, in part because I didn’t get very far into it at all, so perhaps I didn’t give it a fair chance. (Although this may be similar to those “pseudononymous” case study journal articles that drive me batty, where the author gives you sufficient detail to easily figure out that “Hallowed University” is actually Harvard.) This book is a sequel to a book I enjoyed but found hard to follow at times - both feature a multitude of viewpoint characters and a lot of action. Having reread book one a few months back, I thought I was up to speed, but instead I struggled to remember who was who and what was going on. The author didn’t leave a lot of breadcrumbs for the reader to pick up. I also found I didn’t care. I wanted to know the ending (do the good guys win?) but I didn’t care about how we got there. And one viewpoint character in particular I felt the author had utter contempt for, making the characterization of said character ring false. But this book is also acclaimed (if not as widely read as The Martian). Maybe I’m just impatient, or too intellectually lazy to follow the multiple narrative threads?

It's odd to find oneself at variance with the general opinion - not in the sense that "well everyone loves Dan Brown," when, despite his popularity, many intellectuals don't. But when writers and critics I trust (not to mention friends) say that The Martian or whatever is good and totally compelling, and I can only find myself agreeing in small part, I wonder what it is that I'm missing. Or if I'm too cynical. Or if my sensawunda has been surgically removed while I slept.
Posted by Eve Proper at 10:22 PM 1 comment: Links to this post 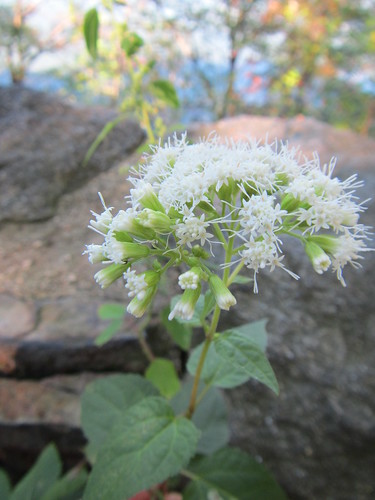 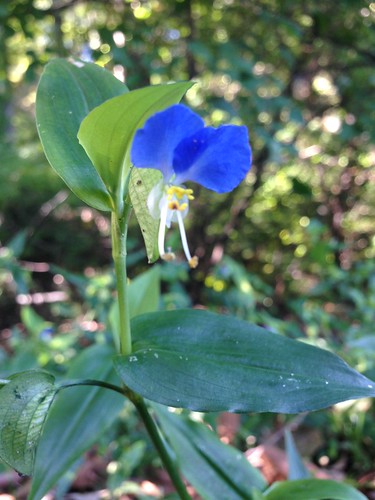 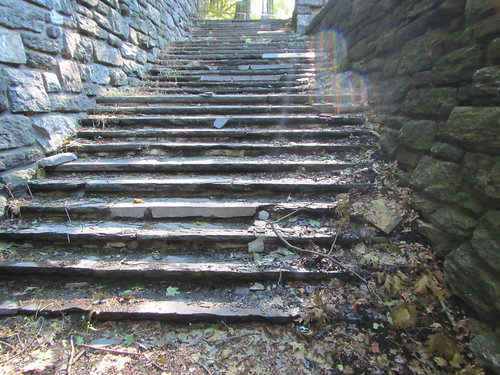 Posted by Eve Proper at 6:23 PM No comments: Links to this post 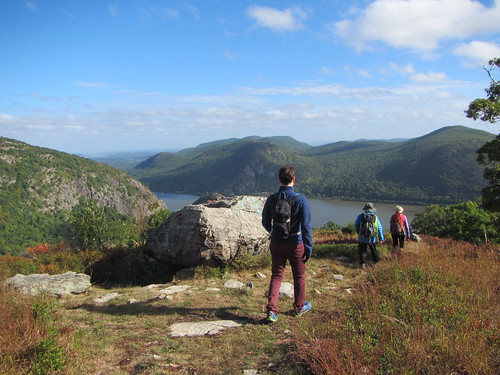 Storm King is one of the classic hikes near the city, so why hadn't I hiked it before? Because you can't get there without a car. It's easier to take the train to Breakneck Ridge across the Hudson and admire Storm King from afar.

But it's totally worth it. There are a lot of scenic views along the trails, and we lucked out with beautiful clear weather. Instead of being pounded by a hurricane as we half-expected, we could see clear to the Catskills.

The hike isn't necessarily high on mileage; we hiked nearly all the trails, and it still came in at only 8.4 miles. It is very steep and rocky, though, more like the Catskills than I expected. It would be a great hike to do once the leaves start to change, as there are many panoramic views that would be even more stunning in autumnal colors.
Posted by Eve Proper at 9:33 PM No comments: Links to this post