A flat hike in Harriman 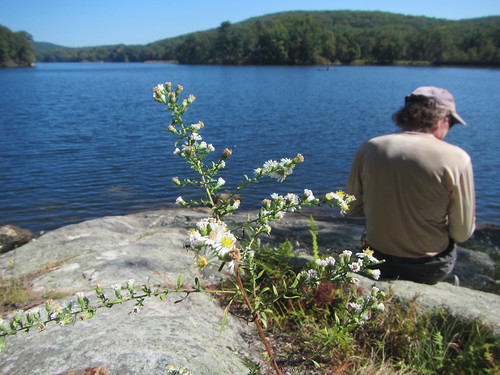 "Flat" and "Harriman" aren't usually seen together, but last weekend's Ramblers hike was in fact mostly devoid of hills - aside from a long descent at the end. We started at Sloatsberg, wended our way along the western shore of Lake Sebago, and ended at Tuxedo. Along the way we encountered a nice creek, a second lake, and the Victory Trail, a trail I rather enjoyed for its wide, easy walking.
Posted by Eve Proper at 3:07 PM No comments: Links to this post 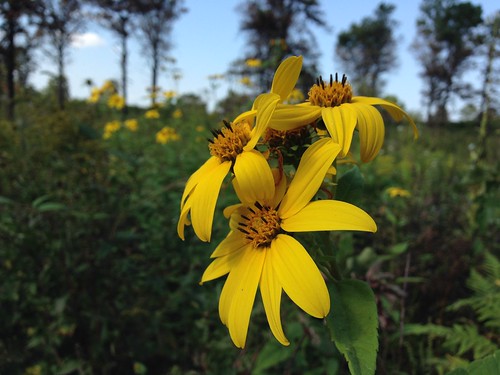 After the Catskills, we headed up to Albany - my first time there. Our first stop was the Albany Pine Bush, a preserve for an endangered ecosystem. J hoped to see some fun birds, although our chances weren't good, since we visited in the heat of the afternoon.

We did a 2.6-mile loop hike, mostly flat, at a leisurely, bird-spotting pace. As predicted, we didn't see any new birds. I did get some nice flower photos.

Also, we didn't see the Karner Blue butterfly, one of the original impetuses behind the preserve - it wasn't the right season for them. But it would be fun to visit again at another time of year.
Posted by Eve Proper at 9:48 PM No comments: Links to this post

Hiking Panther when it's not winter 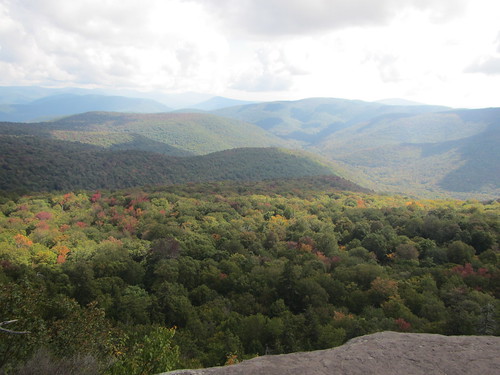 I have hiked Panther twice in the past, both of those hikes in winter under snowy conditions. I was curious to see what it was like in another season. Turns out it's great year-round.

It's one of the gentler slopes in the Catskills. (You're still climbing a mountain, of course.) That makes it very popular - or at least the first half of it, to Giant Ledge. Giant Ledge is a flat peak with a cliff on the eastern side, making for many fine views. The NY/NJ Trail Conference map shows three views; another hiker referred to four or five; we counted 11 ledges, plus one view that was not a ledge. The photo above shows one of the views.

Much of the traffic turns around after the Giant Ledge, and the trail heads downhill into a small col before turning up to Panther. The peak of Panther isn't as exciting as Giant Ledge, nor is it as clearly marked. (Last time I was there, the leader said, "I think this is it, not sure.") There is a small view at or near the top.

The leaves were just starting to turn on our hike. I imagine in a few weeks it will be truly spectacular. It is also quite nice in winter, but unlike some Catskills peaks, you don't need winter to have views.
Posted by Eve Proper at 12:14 PM No comments: Links to this post

A visit to Sag Harbor 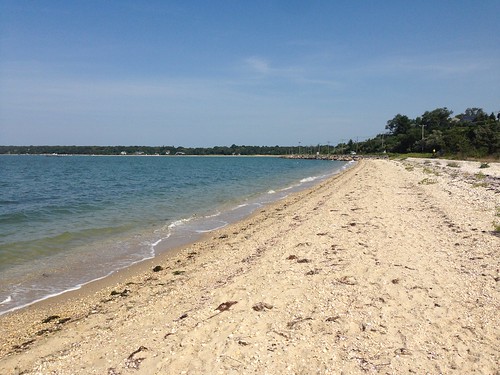 Posted by Eve Proper at 8:19 AM No comments: Links to this post